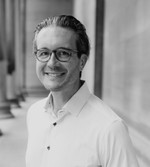 Mr. Stephen S. Yoder joined Pieris as Chief Executive Officer in January 2010. Prior to joining Pieris, from July 2003 to December 2009 he led the intellectual property and legal departments at MorphoSys AG, a biotechnology company involved in the development and research of antibodies, as General Counsel. Prior to MorphoSys AG, from September 1999 to June 2003 he worked in several Washington, D.C. law firms, specializing in a life sciences intellectual property practice. Mr. Yoder holds degrees in molecular biology and Spanish from Grove City College and a Juris Doctorate, with honors, from The George Washington University Law School. 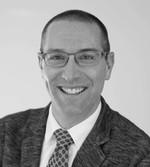 Mr. Thomas Bures joined Pieris Pharmaceuticals as the Vice President of Finance in December 2017. He has more than 20 years of finance experience and has spent the last several years managing finance organizations within the healthcare and life sciences industry. Mr. Bures joins the Company from Genocea Biosciences Inc. (NASDAQ: GNCA) where he served as the VP Corporate Controller since 2015 and was responsible for the financial reporting, accounting, tax, treasury and insurance functions. Before joining Genocea, Mr. Bures worked for five years at PAREXEL International Corporation (formerly listed on NASDAQ: PRXL), most recently as the VP Assistant Controller. He was responsible for financial reporting, internal controls, and GAAP and statutory accounting for all legal entities. He started his career in Ernst and Young’s audit practice in 1996 and served multinational clients in the retail, manufacturing and banking industries. Mr. Bures received his B.S. in Accountancy from the College of the Holy Cross. 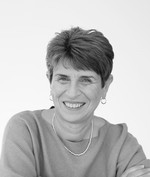 Dr. Mary Fitzgerald has over thirty years of respiratory drug development experience. At Pieris, she has been responsible for spearheading the advancement of PRS-060/AZD1402 through IND-enabling activities and phase 1 studies. She continues to work closely with Pieris collaboration partner, AstraZeneca, as PRS-060/AZD1402 progresses through clinical development. Prior to joining Pieris, Dr. Fitzgerald served as Executive Vice President of Respiratory at Pulmagen Therapeutics where she was responsible for clinical development of inhaled and oral drug candidates for both COPD and asthma. Dr. Fitzgerald’s previous experience also includes various positions at Etiologics, Ltd., Argenta Discovery, most recently as Executive Vice President of Respiratory, and at Bayer Healthcare. Dr. Fitzgerald received her PhD from Sunderland University / Wellcome Laboratories and received her BSc Pharmacology from Bath University. 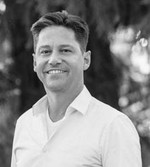 Dr. Hitto Kaufmann is a biopharma leader with over 20 years of experience in research, development and manufacturing with a track record in development of about 100 biological therapeutic entities. Prior to joining Pieris, Dr. Kaufmann spent five years at Sanofi, where he held several executive positions in Industrial Affairs and R&D. During his time there, he led efforts to build a strong cross-divisional end-to-end technology platform for Sanofi Biologics that included several strategic deals. He also went on to head Global Biopharmaceutics Development, managing over 700 employees across three sites tasked with drug substance and drug product technical development, analytics, clinical supply and release. Finally, he oversaw key strategic projects on digitalization and data sciences, as well as the integration of the Ablynx platform into the Sanofi network. Before his tenure at Sanofi, Dr. Kaufmann spent more than a decade at Boehringer Ingelheim, most recently in the Biopharmaceuticals division as Vice President, Process Science. He began his career as a Research Scientist at the Walter and Eliza Hall Institute in Melbourne. Dr. Kaufmann received his Ph.D. in Natural Science, focusing on cell culture technology, at the Swiss Federal Institute of Technology in Zurich and a Master of Science degree in biotechnology from the Technical University of Braunschweig and the Scripps Research Institute. He currently serves as Vice Chairman of the European Society of Animal Cell Technology and has authored over 25 peer-reviewed publications. 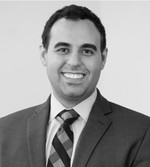 Ahmed joined Pieris in January 2016 and currently serves as Chief Business Officer and General Counsel, acting as site head for the company's Boston office, overseeing the business development, commercial, portfolio and quality assurance functions, and leading Pieris’ intellectual property, corporate secretary, and legal activities, including licensing and corporate legal as well as the company's global patent portfolio. Prior to joining Pieris, Ahmed was an attorney with the law firm Covington & Burling LLP, where he represented pharmaceutical and biotechnology companies in a range of matters. Ahmed was also previously a law clerk at the U.S. Court of Appeals for the Third Circuit and an IP Associate at the law firm Kirkland & Ellis LLP. Ahmed obtained undergraduate degrees in Molecular Biology and Government from Cornell University and a master’s degree in Biotechnology from Johns Hopkins University with research experience prior to his legal career focused on tumor biology and angiogenesis. Ahmed graduated from Georgetown Law with honors, where he was the Editor-in-Chief of the Georgetown Journal of International Law. 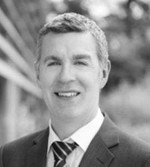 Dr. Shane Olwill has spent over a decade in oncology focused drug discovery with a specific interest in the development of novel biologics. Prior to joining Pieris, Dr. Olwill was Director of Research at Fusion Antibodies plc where he was responsible for the discovery and development of multiple drug candidates. He is a named inventor on 16 patents and has published his research in many international peer-reviewed journals. Dr. Olwill received his PhD in Molecular Hematology/Oncology from the University of Ulster, following which he worked as an industrial postdoc in conjunction with University College Cork. Dr. Olwill has a PgDip in Management Practice from DIT Business School and is a state qualified Medical Scientist. 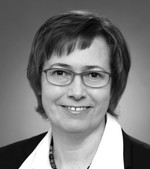 Dr. Christine Rothe has more than 20 years of experience in drug discovery, characterization, and optimization of therapeutic protein drug candidates in various positions. She currently serves as VP Early-Stage Project Leadership & Data Science at Pieris. Previously, she served as VP, Discovery and Alliance Management at Pieris, overseeing technology development as well as the discovery process of selecting and profiling of Anticalin® proteins for Pieris’ proprietary and partnered programs, as well as holding responsibility for the Alliance Management team. Dr. Rothe joined Pieris in 2010 as Senior Director, Alliance Management. Prior to joining Pieris, she spent 13 years at MorphoSys AG in various positions in R&D and Alliance Management, where she was responsible for technology development as well as therapeutic antibody project teams. She received a Ph.D. in Cell Biology from the University of Regensburg, Germany. Before joining industry, she held a research position at the University of Regensburg.

Mr. Frank Vollmering is Pieris Pharmaceuticals’ Vice President of Human Resources. Mr. Vollmering has more than 25 years of experience in international Human Resources across a diverse set of industries, such as biotech, semiconductors, software and consulting. He has held leadership positions at Intel Corporation, Veritas Software, and Analog Devices. Frank holds an MSc in Business Administration from the University of Bayreuth, Germany.